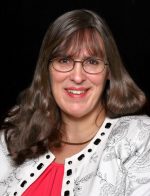 Firstly, just who is it who has written this book and this blog?

I’m a mother of four grown (and independent) children, a family doctor for too many years to reveal, a musician who never really practiced enough, a writer of both fiction and non-fiction, and a teacher and speaker on occasion, when time allows.

Prior to the release of this book, I spent several years with my non-fiction self-help book, Armageddon Medicine, How to Be Your Own Doctor in 2012 and Beyond, holding workshops around the country.  That book is still available for purchase at www.ArmageddonMedicine.net.

As for The Legacy of Job’s Wife, I’ve been thinking about this title for a decade now, and have much more to say than you’ll find in the book.  I hope you’ll take time to explore more, perhaps as you read and questions arise.

Thank you for taking a moment to consider this touching story of love and forgiveness.

WHERE TO BUY OR READ – CLICK COVER IMAGE BELOW

Have you ever been hurt so badly that you’ve felt your life is over?

Worse yet, have you been told you deserve such unhappiness?

Is God to blame for your suffering?

Meet the wife of Job, whom many a preacher has criticized for her words of despair, dismissing her as a mere footnote in their terrible tale of destruction.

But there has to be more to her story, as anyone who has endured grief or depression would know.

What might have happened? Why would she urge her husband to curse God and die?

In this fictional account, Job’s wife relates her unvarnished tale, from childhood onward. Looking back from the perspective of her final days, she tries to make sense of their near annihilation.

“With but few days left to share my story, I remember it one last time, for my daughters and granddaughters, and generations yet to come. I speak for the women, I speak for the sufferers, I speak for those on the precipice, about to curse God and die.”

Her childhood is a happy one, though not unmarred by tragedy. And though Job loves Ix’ises from the day she was born, their future together is threatened by her father’s debilitating accident. When they do finally marry, their union is blessed, year upon year, with no end to happiness in sight.

Until one day tragedy strikes and all is lost. Wealth, workers, children – all gone in a day. Though Job’s faith allows him to cope with the calamity, Ix’ises herself is lost in a desperate spiral of anguish and desolation from which she cannot escape.

“My days were filled with utter darkness. I could not breathe for the pain – unrelenting, pounding, devastating in its invasion. I was dead, at least all that mattered. My hope was gone, never to return. Love was a word beyond recognition or understanding – as meaningless as my own existence.”

Job remained her only lifeline, sustaining her by but a thread – until the day Job was stricken, falling frightfully ill, soon ready to die himself.

“Job’s body wasted away, a desiccated skeleton draped with fetid, rotting flesh. Every morning a new horror, each evening a nightmare of dread.” It was more than she could bear.

Yet they remained together, though nearly hopeless, still facing the nightmare as one.

“But the puppet master would have none of it. He sent the maggots to drive me away. As I cleansed Job’s wounds I found them feasting on his carrion. I wept in defeat, unable to return to his side. For the first time since our wedding night, I forsook our marriage bed, left it with Job’s blessing, abandoned with nowhere to go.”

“And then Job left, took his rotting flesh to perish on the ash heap, took his wormy carcass to await its burial. Helpless before the inevitable, I screamed in the silence, wailed for God to answer, weeped for him to explain, but heard nothing, felt nothing, knew nothing.”

How does one recover from such devastating loss?

As the author, I pray that following one woman’s journey back to wholeness may someday help you in your own hour of need.

Still active in clinical medicine, Cynthia J. Koelker, MD spent nearly three decades raising her four children and working as a family physician before beginning her writing career. She holds undergraduate degrees in humanities and biology from MIT, studied medicine at Case Western Reserve University School of Medicine, and more recently obtained a Master of Music in composition from the University of Akron. A member of Mensa, she continues to reside in her native state of Ohio, along with four generations of her family (including two beloved goldendoodles), and often plays piano for her local church.

Over the years she has counseled hundreds of patients dealing with depression, heartache, and loss, as reflected in the characters of The Legacy of Job’s Wife. In conjunction with her book release, she is available to speak with interested groups or audiences, either in person or remotely, regarding her book or related topics. She may be reached online by submitting an inquiry at www.JobsWife.com, or by contacting her office at 213 Massillon Road, Akron, Ohio 44312.

Her non-fiction self-help book, Armageddon Medicine, How to Be Your Own Doctor in 2012 and Beyond, is available for purchase at www.ArmageddonMedicine.net.

Where to buy or read – click cover image below

WHAT YOU WILL FIND HERE